What is a sore throat?

A sore throat is one of the most common conditions seen by a family General Practitioner (GP). People use the term to describe almost any feeling in the throat, from dryness to acute pain. In severe cases this may led to difficulty in swallowing solids, liquids and occasionally saliva.

About 70% of all sore throat cases are due to viral infection rather than bacterial infection. Symptoms of sore throats vary in children and adults. 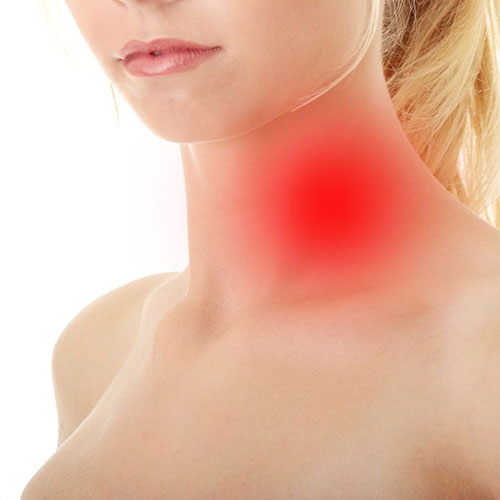 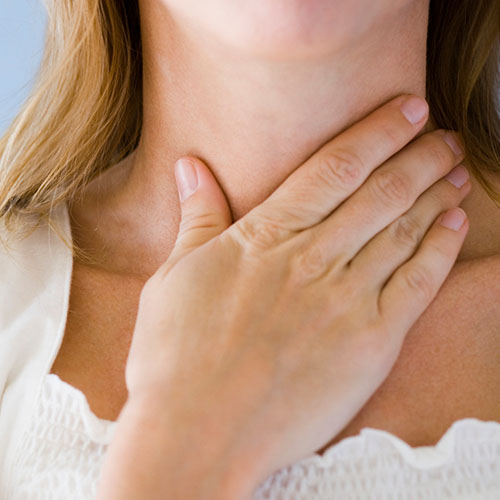 This is an infection of the upper respiratory tract. Viral sore throats are more common during the winter and usually settle after a few days. Symptoms may include:

Self-Care by the individual

Generally the sore throat will clear up on its own. To ease the discomfort it is recommended to:

If symptoms persist or are recurring people should go see their GP. A swab of the throat might be taken to identify the cause of the sore throat. If the results show a bacterial infection, a course of antibiotics is usually prescribed. The antibiotic normally prescribed is Penicillin. Patients allergic to Penicillin are given an alternative antibiotic such as Erythromycin.

This condition usually occurs following the spread of a tonsil infection. Pus builds up causing an abscess or ‘Quinsy' to develop. Symptoms include:

An early abscess or Quinsy is treated by antibiotics, namely Penicillin.

A fully developed abscess requires hospital admission where antibiotics are given through a drip (intravenously). It may also be necessary to drain the pus. This is done by making a small incision under local anaesthetic.

Young children are the group of people that suffer most frequently from sore throats.

The majority of sore throats in children are caused by viruses. Children with a sore throat due to a viral infection may also have a runny nose and/or a cough.

The sore throat will clear up on its own. To ease the discomfort the following is recommended:

This condition is more frequently seen in teenagers and young adults. It is caused by the ‘Epstein-Barr' virus. It is thought that the virus is spread through saliva and is jokingly referred to as the ‘Kissing disease'. Symptoms can include:

A blood test is required to diagnose Glandular Fever.

Glandular Fever will clear up on its own although it may be some time before the person feels completely well again. To help ease the symptoms, it is recommended to: 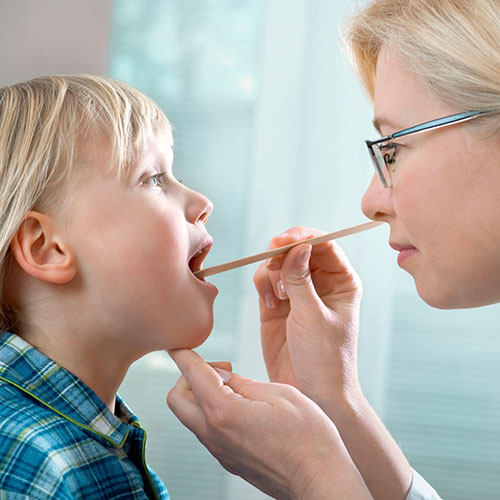